For those on a vegan diet, a Vegan Bacon recipe is like a breath of fresh air. It is challenging to stay away from bacon if you decide to go vegan. It is one of the most popular foods globally, and every non-vegetarian who has tasted bacon would agree that it is difficult to stay from the deep-fried variations. That said, bacon does not come under very healthy foods.

Once you have decided to go vegan and still want to have bacon, vegan bacon take away is readily available in the market. But there is a catch - the ones bought from the market do not taste good and are full of preservatives and additives. So what can you do to stay away from it and also enjoy the vegan bacon? Simple, make your own bacon.

Vegan bacon is always a healthier version of the original bacon. It is chewy, crispy, Smokey, salty, and has lower fat content in comparison to the bacon. The best part is, it is not at all expensive. Another good thing about making your vegan bacon at home is that you spend time with your family and share ideas on good and healthy eating habits. At the end of the story, you save quality time, money, and also get to cook amazing food. 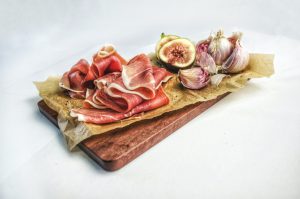 Step 1 - Take a bowl and add flour, gluten, paprika, onion powder, garlic powder, and liquid smoke into it. Combine it well so that all the ingredients mix properly.

Step 2 - Add the remaining ingredients into the mix and combine it properly until the paste becomes thick.

Step 4 - Now make a smooth ball of the thick paste and then flatten it a little. Once done, wrap it in an aluminum foil.

Step 5 - Steam the flattened mixture for 30 minutes. Remove from the heater after the time and let it cool.

Step 7 - Slice the steamed bacon, cover the slices with marinade sauce and keep it for a while.

Step 8 - Grill the bacon or heat a little oil on a pan and cook the bacon until it turns golden brown Use medium-high heat for cooking.

There are many kinds of bacon recipes, but the process, as mentioned above, is the simplest form of cooking bacon. Other types of bacon you can make at home are Vegan Coconut Bacon, Vegan Eggplant Bacon, Vegan Tempeh Bacon, Vegan Mushroom Bacon, and many more. If you love this vegan bacon recipe, I am sure you gonna love this Taco salad also.

The homemade vegan bacon, if kept in an airtight container inside the fridge, can last for six to seven days, and you can cook it like regular bacon. You can also keep the vegan bacon in a freezer for up to three months. As a recommendation, keep the slices separately so that they are easy to thaw, in case you would want to have them at different times and not all at one go.

Serve your vegan bacon for breakfast or brunch with fresh fruits and potatoes. For more vegan recipes visit us regularly. 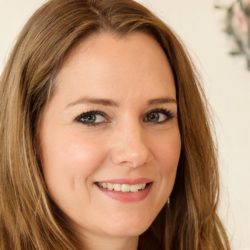