Have you ever wondered why it is so hard to recreate food? Some ingredients do not let themselves be known to the novice food enthusiast. It is because these ingredients stay hidden in the sauce, often referred to as the secret ingredient”. It is hard to come up with an original, signature sauce, but a good one can add a kick to your recipe. The honey BBQ sauce was one of these ingredients which gained popularity quickly. There are several ways of preparing it, and each one is unique. Here is our take on this popular recipe.

You will need these ingredients.

One cup of tomato ketchup. You can use your favorite flavor of ketchup.

The list of ingredients, albeit long, is easy to obtain. The preparation is easy and quick because you only combine the ingredients. In a saucepan, add all the wet ingredients except liquid smoke, meaning the ketchup, honey, white vinegar, molasses. Stir over low to medium heat until the combination turns smooth.

Once it looks like it has mixed well, add the liquid smoke flavoring and stir for a few seconds. Now add all the dry ingredients and stir it over low heat. The sauce will start to thicken, but let the spices cook for some time. Switch off the flame after 15-18 minutes and never forget to taste the sauce before using. This sauce will make about 15-16 servings.

Make sure to use an airtight mason jar to store this sauce. It will last up to 2 weeks when refrigerated, but it tastes best when used fresh.

You can also use sugar instead of molasses if you do not want it to be too sweet. The ingredient quantities are adjustable depending on your preference. The best part about the recipe is that it is easy to fix if you add too much or too little an ingredient. If you want a dominant, spicy kick to it, use smoked paprika instead of regular paprika.

The crucial part is to use fresh, high-quality ingredients because high-quality ingredients are necessary for a good recipe. Herbs such as oregano also go well with the sauce, and some people even add meat tenderizer to it. People add other premade ingredients such as Worcestershire sauce, steak sauce or mustard to it. Some people like to squeeze a lemon in it as well. Different combinations add different flavors which are well received by some and vice versa. However, remember to restrain from adding too many ingredients, or it will start tasting unusual.

The flavor of any sauce has more to do with the combination rather than the number of spices. Stick by this rule regardless of the sauce you are making. This will perfectly go with the BBQ chicken recipe I have posted earlier.

This recipe has about 70 calories, most of which come from the honey. This sauce is not healthy in the typical terms, but at least you are free from chemicals.

This sauce tastes much better than the store-bought version because it is free of preservatives. The excessive sodium in the store-bought sauce ruins its taste and aroma. It has a strong overpowering flavor which often does not sit well with the meat. It is also harmful to your health, especially the sodium content.

The honey BBQ sauce is a mix sweet, tangy and spicy. It goes well with chicken, beef, pork and pretty much any burger. It is one of those recipes that everyone likes, irrespective of age or food preference. It is easy to make when you have the right ingredients and takes less than 30 minutes to cook.

The main ingredient in this recipe is, obviously honey. The taste of your end product will differ depending on the honey type. The dark golden form is often sweeter and thicker than the light golden one.

The recipe we mentioned is the basic version of this sauce. Although simple, it can make any meat-based dish tasty. Although not a popular choice, some people also use it as a dip and marinade. It is an all-in-one type of recipe guaranteed to be popular among most people, if not all. You can also modify this recipe by adding different spices and playing around with the method. This recipe is no secret, but go ahead and tweak it to your preferences. Then you can have a “secret ingredient” of your own. 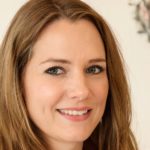